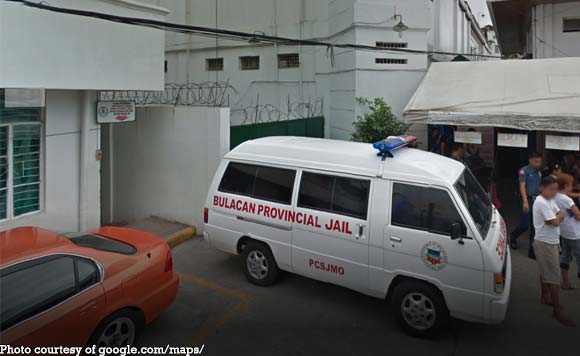 The Commission on Audit (COA) flagged the provincial government of Bulacan for failing to comply with the minimum standard rules for treating prisoners, with congestion at the rate of 575.57 percent.

According to the 2018 annual audit report, the Bulacan Provincial Jail (BPJ) which has 30 cell rooms meant for 700 prisoners has been holding over a total jail population of P4,729 prisoners resulting in congestion and clogging.

State auditors noted that congestion has led to other problems particularly the inadequacy of the budget meant to provide food to Bulacan’s inmates.

Audit records show that since 2016, jail population has risen from 3,391 to 4,729, while overall budget for food has increased at a slower rate: 12 percent against 39 percent.

In 2018, Bulacan awarded the food supply contract to Aurora F. Sumulong Eatery for P49.75 million which translates to an “astonishingly low” daily meal rate of P39.90 compared to the P60 per day provided by the Bureau of Jail Management Penology.

“Definitely, the amount of P39.90 will not be able to meet (United Nations and Food and Nutrition Research Institute criteria) considering the low budget provided for each inmate,” the report read.

COA said that these deficiencies were violations of the United Nations Minimum Standard Rules for the Treatment of Prisoners and Republic Act No. 10575 or the Bureau of Corrections Act of 2013, the latter requiring that “the safekeeping of inmates shall include decent provision of quarters, food, water and clothing in compliance with established United Nations standards.”

State auditors attributed the congestion to the increase of crimes committed in violation of Republic Act 9165 or the Comprehensive Dangerous Drugs Act of 2002.

The state auditing agency called on Bulacan Governor Daniel Fernando, who succeeded now-vice governor Wilhemino Sy-Alvarado, to fast-track the construction of a new building or additional jail cells, or the increase of the budget for food allowance to a “reasonable amount.”

Bulacan officials, in the report, said that initial preparations for a prison transfer is underway. #

Politiko would love to hear your views on this...
Post Views: 49
Spread the love
Tags: Aurora F. Sumulong, Bulacan, Bulacan Provincial Jail, United Nations and Food and Nutrition Research Institute criteria
Disclaimer:
The comments posted on this site do not necessarily represent or reflect the views of management and owner of POLITICS.com.ph. We reserve the right to exclude comments that we deem to be inconsistent with our editorial standards.