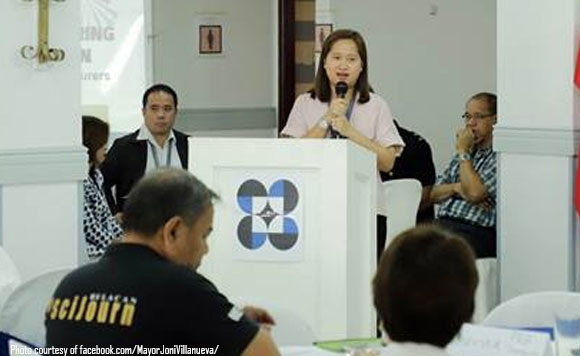 Bulakenyo politicians are opposing the proposed total ban on pyrotechnic devices in the country.

In an Inquirer report, Bulacan lawmakers expressed that they will resist any measure that would ban firecracker manufacturing and sale in the country that may eventually destroy the local industry.

Bocaue Mayor Joni Villanueva-Tugna said they are approaching local manufactures of firecrackers to know their responses to the rumored plan of President Rodrigo Duterte to ask Congress to pass a bill imposing a total ban on pyrotechnic products.

Cibac Rep. Sherwin Tugna, husband of Villanueva-Tugna, said he would “do his best to present the side of the industry.”

Tugna said they are supporting the strict regulation on firecrackers and fireworks, but not its total fan.

“We will fight on behalf of families whose jobs have been legalized and regulated,” he said.

In defense of the local manufacturers, the Bocaue mayor said there were no recorded firecracker accidents in their town during the New Year’s celebration.

They also limited the sale of firecrackers to traders who complied with safety requirements imposed by the government.

Another child of Bocaue, Sen. Joel Villanueva, worries that the ban would cause a lot of Bulakenyos their jobs and livelihood.

“Fireworks are part of our culture, history and tradition—not just in Bulacan but in the whole country … There is really a need for stronger regulation of the fireworks sector. But it doesn’t mean we need to eliminate the industry,” he said.

Politiko would love to hear your views on this...
Post Views: 0
Spread the love
Tags: Bocaue Mayor Joni Villanueva-Tugna, Bulacan, Bulakenyo politicians, Cibac Rep. Sherwin Tugna, firecracker, firecrackers, husband of Villanueva-Tugna, Inquirer report, president Rodrigo Duterte, pyrotechnic
Disclaimer:
The comments posted on this site do not necessarily represent or reflect the views of management and owner of POLITICS.com.ph. We reserve the right to exclude comments that we deem to be inconsistent with our editorial standards.