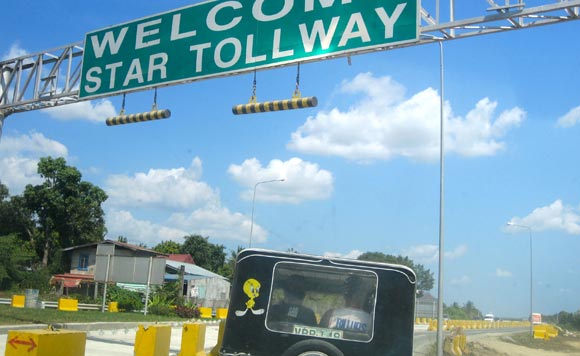 Officials on Tuesday broke ground for another dream road project that would ease traffic congestion in this province.

The Balagtas Northbound Exit is one of Pancho’s priority projects.

“The dream of President Rodrigo Duterte and DPWH Secretary Mark Villar has come true that infrastructure projects will be provided in each district. This will give more opportunities not only in Bulacan but also in Metro Manila,” he said.

Pancho also said that the new road project will give new faces to the province of Bulacan.

Gonzales, meanwhile, said the Balagtas Northbound Exit will benefit not only Balagtas but also the towns of Guigunto, Plaridel, Bustos, Angat, and Pandi.

The implementing agency of the project — which has a duration of 180 calendar days — is the Bulacan 1st District Engineering Office and GDL Construction as contractor. (PNA)

Politiko would love to hear your views on this...
Tags: Balagtas Northbound Exit, Barangay Borol 2nd, Bulacan, Department of Public Works and Highways, District Engineer Ruel Angeles, Mayor Eladio Gonzales Jr., Metro Manila, president Rodrigo Duterte, Rep. Gavini Pancho, Secretary Mark Villar, Vice Mayor Alberto Carating II
Disclaimer:
The comments posted on this site do not necessarily represent or reflect the views of management and owner of POLITICS.com.ph. We reserve the right to exclude comments that we deem to be inconsistent with our editorial standards.