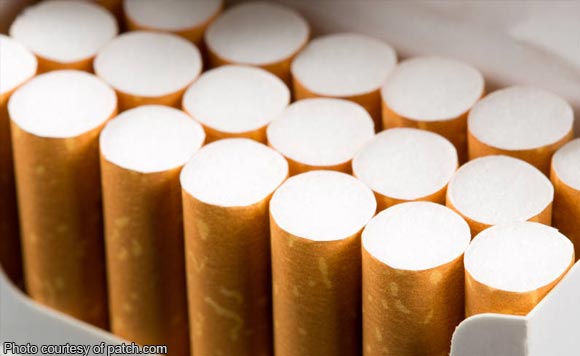 After the Bulacan police and the local government of Guiguinto raided a warehouse for allegedly manufacturing counterfeit cigarette products on Feb. 8, the authorities are now conducting mopping-up operations to gauge the extent of the trade.

This includes tracing the extent of the operation of the syndicate by locating the supplier of the illegal products.

According to Mayor Ambrosio Cruz Jr., a team sent by the municipal government found cigarette manufacturing machines and packaging equipment when it raided the property of Edward Wang at the RIS compound in Barangay Tabe.

A report he received the following day said that the equipment were being used by 70 workers allegedly recruited from Mindanao.

Politiko would love to hear your views on this...
Spread the love
Tags: Barangay Tabe, Bulacan police, Criminal Investigation and Detection Group, Edward Wang, Guiguinto, illegal products, Jacky
Disclaimer:
The comments posted on this site do not necessarily represent or reflect the views of management and owner of POLITICS.com.ph. We reserve the right to exclude comments that we deem to be inconsistent with our editorial standards.