Bulacan police round up 31 ‘tambays’, including 9 minors 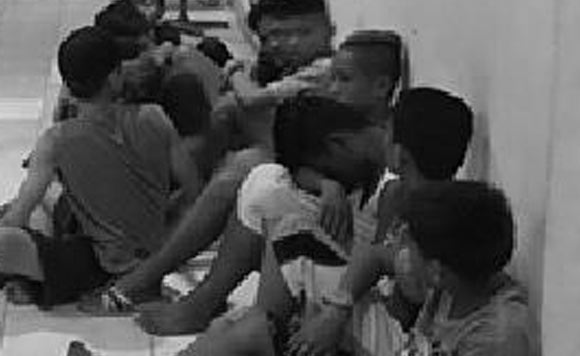 The Bulacan police rounded up 31 ‘tambays’, including nine minors, during its implementation on Thursday and Friday evening of OPLAN RODY (Rid the Streets of Drunkards and Youths) across the province.

According to the Bulacan Provincial Police information office, six were gathered for drinking in public places, four for violating the smoking ban, eight for not wearing upper garments in a public area, and four for violating other local ordinances.

The nine minors, meanwhile, were rounded up for beating the curfew.

Of those rounded up, four were turned over by police to barangay officials, while the rest were sent home.

OPLAN RODY stemmed from President Rodrigo Duterte’s directive to clear the public from unnecessary congregation of people to prevent crimes and improve safety and security.

Politiko would love to hear your views on this...
Spread the love
Tags: Angat, Balagtas localities, Baliwag, Bulacan, Bulacan Provincial Police information office, Hagonoy, implementation, OPLAN RODY, Pandi, president Rodrigo Duterte, public area, Pulilan, Rid the Streets of Drunkards and Youths, San Ildefonso
Disclaimer:
The comments posted on this site do not necessarily represent or reflect the views of management and owner of POLITICS.com.ph. We reserve the right to exclude comments that we deem to be inconsistent with our editorial standards.