Bulacan police ordered to crack down on smuggled firecrackers, fireworks 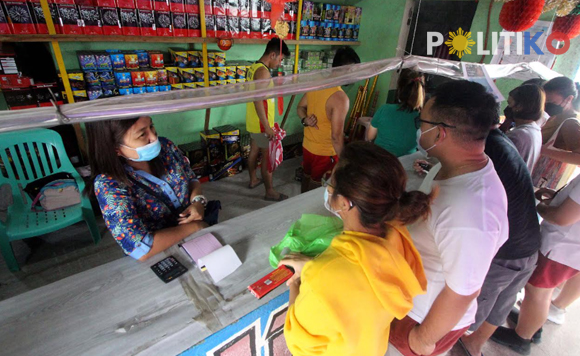 Bulacan Governor Daniel Fernando on Monday encouraged firework and firecracker dealers not to sell smuggled pyrotechnics devices, warning them that it would kill the local industry, especially in Bocaue town.

The governor said he directed the Bulacan police headed by Col. Manuel Lukban Jr. to intensify the crackdown against prohibited fireworks and firecrackers, such as piccolo, super lolo, goodbye Earth, Judas belt, and other firecrackers with gunpowder exceeding two grams.

This year, Bulacan has 20 licensed manufacturers and 82 licensed dealers, while the total number of manufacturers with PS mark licenses is 11, according to Lukban.

Sixty out of the 120 dealers and resellers are operating in Bocaue.

“Bulacan police is regularly making rounds on the rows of fireworks stores in Barangay Turo here in Bocaue and other parts of the provinces to ensure that the safety and zoning provisions of the firecracker law are strictly followed,” Lukban said.

Politiko would love to hear your views on this...
Spread the love
Tags: Bulacan, firecrackers, fireworks, Governor Daniel Fernando
Disclaimer:
The comments posted on this site do not necessarily represent or reflect the views of management and owner of POLITICS.com.ph. We reserve the right to exclude comments that we deem to be inconsistent with our editorial standards.