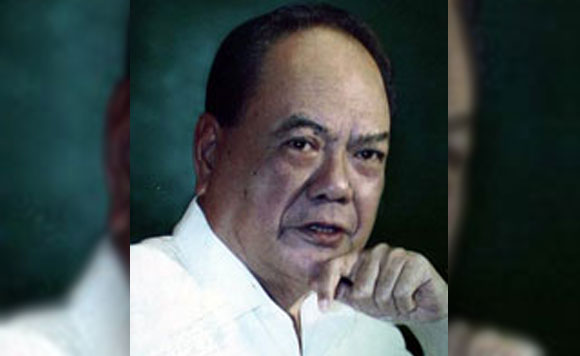 Bulakenyos will commemorate on Saturday the 91st birth anniversary of former senator and Department of Foreign Affairs secretary Blas Ople, known here as “Ka Blas” and considered as one of the most outstanding sons of the province.

Alvarado said the provincial government of Bulacan through the Provincial History, Arts, Culture and Tourism Office (PHACTO) had prepared a short program to recall Ka Blas’ selfless, dedicated and sincere service to the country.

The governor encouraged all Bulakenyos to participate in the event which was declared special non-working holiday in the province by the virtue of Proclamation No. 399.

Senator Cynthia A. Villar will serve as special guest in the celebration of the birth anniversary of Ka Blas, who is regarded as an illustrious son of Bulacan.

Expected to grace the event are Ople’s children headed by board member Felix V. Ople of the First District of Bulacan, other members of the family, local officials, provincial government employees, teachers, senior citizens and students.

Bulakenyos consider Ople as their inspiration because of his outstanding leadership and public service not just in Bulacan but also in the whole country.

Moreover, he established the National Manpower and Youth Council, which is now the Technical Education and Skills Development Authority.

Ople was likewise a journalist and politician who held several high-ranking positions in the executive and legislative branches of the Philippine government including Senate President from 1999 to 2000, and Secretary of Foreign Affairs from 2002 until his death on Dec. 14, 2003.

He was born on February 3, 1927 in Hagonoy, Bulacan to Felix Antonio Ople and Segundina Fajardo. (PNA)

Politiko would love to hear your views on this...
Post Views: 3
Spread the love
Tags: arts, Culture and Tourism Office (PHACTO), Dakilang Lingkod Bayan, Department of Foreign Affairs secretary Blas Ople, Governor Wilhelmino M. Sy-Alvarado, Inspirasyon ng Mamamayan, Labor Code of the Philippines, Overseas Employment Program, Provincial History, Senator Cynthia A. Villar, Technical Education and Skills Development Authority, Vice Governor Daniel Fernando
Disclaimer:
The comments posted on this site do not necessarily represent or reflect the views of management and owner of POLITICS.com.ph. We reserve the right to exclude comments that we deem to be inconsistent with our editorial standards.