Bulacan has a new FOTON-stic supporter 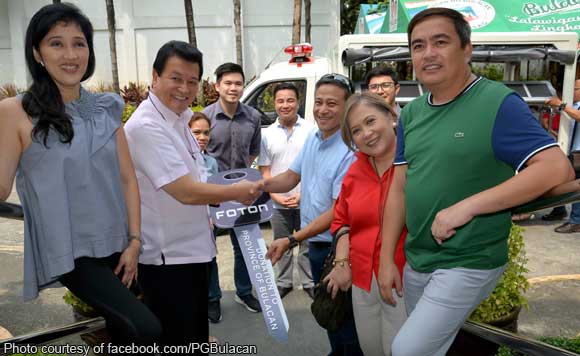 The province of Bulacan has a new ally: FOTON Philippines!

This is because the car manufacturing company donated a brand new Gratour Patrol Jeep and an ambulance to Bulacan to show their support for the local government’s programs!

Politiko would love to hear your views on this...
Post Views: 1
Spread the love
Tags: Alex Castro, Allan Andan, Allan Ray Baluyut, e Board Members Ma. Laourdes Posadas, Emelita Viceo, FOTON Philippines, Foton Philippines president Rommel Sytin, Governor Wilhelmino Sy-Alvarado, province of Bulacan
Disclaimer:
The comments posted on this site do not necessarily represent or reflect the views of management and owner of POLITICS.com.ph. We reserve the right to exclude comments that we deem to be inconsistent with our editorial standards.