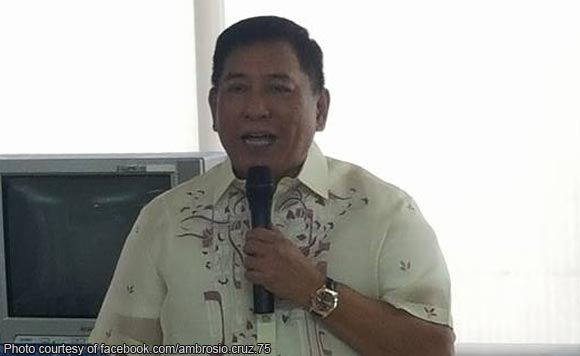 Some 12 million tourists are seen to travel to the country every year once the proposed P700-billion Bulacan Airport is built.

Cruz, however, said the national government must focus more on improving the peace and order situation, level up tourism business operations and increase agriculture output to be able to sustain and meet the needs of the millions of tourists that would enter the country annually.

“If we have this kind of aerotropolis, one of the biggest airports in Asia and in the world, we need to keep the crime rate low in the country, maintain beautiful and attractive tourist spots and strengthen agricultural production so that we can encourage more tourists,” Cruz told the Philippine News Agency in an interview on Monday.

He added the country must have a terminal that is not only efficient but also something that every Filipino would be proud of.

Earlier, Transportation Undersecretary Ruben Reinoso said approving the proposed Bulacan Airport was crucial because it would be one of the possible alternatives to the Ninoy Aquino International Airport (NAIA) to decongest the country’s main gateway.

He said the approval is expected to be issued by the end of the year. Construction is set to begin as early as 2019 and is expected to be completed by the year 2024, its proponent, San Miguel Corporation (SMC), announced recently.

The proposed international airport involves the construction of a terminal, parallel runways, and an airport toll road.

Politiko would love to hear your views on this...
Spread the love
Tags: Bulacan, Bulacan airport, Guiguinto, League of Municipalities of the Philippines, Mayor Ambrosio Cruz Jr., Ninoy Aquino International Airport, San Miguel Corporation
Disclaimer:
The comments posted on this site do not necessarily represent or reflect the views of management and owner of POLITICS.com.ph. We reserve the right to exclude comments that we deem to be inconsistent with our editorial standards.