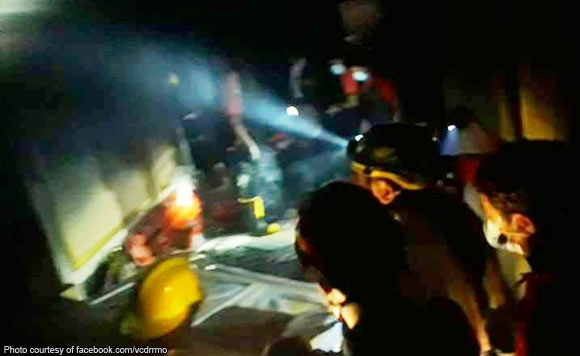 A cousin of San Miguel Mayor Ivy Mendez-Coronel is among the casualties of the Resorts World Attack last June 2.

Hazel Yungco is one of the 37 people killed in the attack in posh casino.

The victims died of suffocation.

A lone gunman on Friday fired gunshots and set gaming tables on fire at the casino level of Resorts World Manila in Pasay City.

The wife of Pampanga 3rd District Representative Aurelio “Dong” Gonzales was also among the casualties.

Politiko would love to hear your views on this...
Spread the love
Tags: Hazel Yungco, Pampanga 3rd District Representative Aurelio “Dong” Gonzales, Pasay City, Resorts World Manila, San Miguel Mayor Ivy Mendez-Coronel
Disclaimer:
The comments posted on this site do not necessarily represent or reflect the views of management and owner of POLITICS.com.ph. We reserve the right to exclude comments that we deem to be inconsistent with our editorial standards.