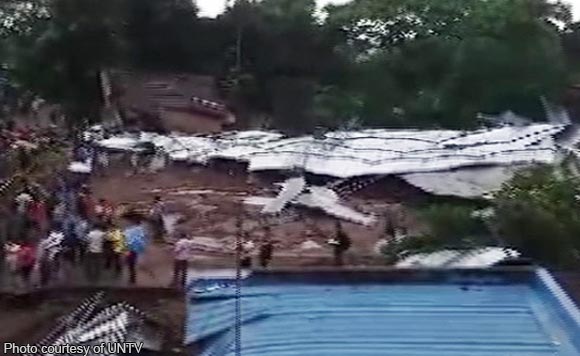 Members of the task force and several members of the San Jose del Monte Water District and the Post Blast Investigating Unit of the Philippine Army conducted an inspection in the area where the water tank exploded.

“The task force’s job is to really determine what happened and who should be held liable, and how to fix it if there really was a problem,” Robes said.

Authorities earlier ruled out the possibility that an explosive device was used on the steel water tank.

According to Robes, the city government will hire an independent company to determine if the materials used are proper. The Australian consultant and designer of the tank will also physically look into the incident.

The local government of Bulacan has already provided initial aid to the families of the four fatalities in the incident. The City Council has yet to pass a resolution to determine the amount of assistance the local government has to provide to the affected residents.

Meanwhile, the management of the water district vows to pay for the hospital and burial expenses of the casualties.

Politiko would love to hear your views on this...
Post Views: 0
Spread the love
Tags: Australian, City Council, government of Bulacan, Mayor Arthur Robes, Post Blast Investigating Unit of the Philippine Army, San Jose Del Monte, San Jose del Monte Water District
Disclaimer:
The comments posted on this site do not necessarily represent or reflect the views of management and owner of POLITICS.com.ph. We reserve the right to exclude comments that we deem to be inconsistent with our editorial standards.