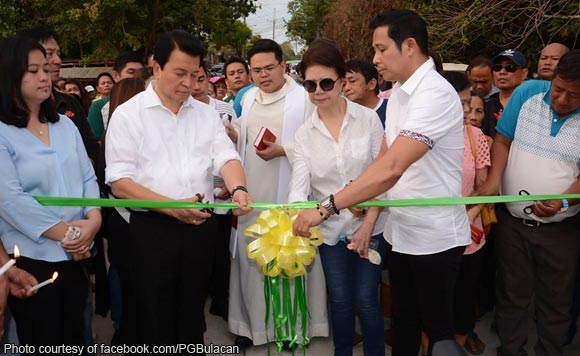 According to the provincial government, the reopened bridge will benefit commuters and motorists going to the city’s Barangay Poblacion as it shortens travel time.

The 49-year-old bridge was closed for a year to make way for its reconstruction that took five months.

Before it was opened for passage, the bridge was first blessed by Fr. Arvin Rey Jimenez.

Politiko would love to hear your views on this...
Spread the love
Tags: Bulacan, Dulong Bayan, Fr. Arvin Rey Jimenez, San Jose del Monte City, Vice Governor Daniel Fernando, Wilhelmino Sy-Alvarado
Disclaimer:
The comments posted on this site do not necessarily represent or reflect the views of management and owner of POLITICS.com.ph. We reserve the right to exclude comments that we deem to be inconsistent with our editorial standards.