Bulacan hit by flash-floods due to denuded Sierra Madre mountaintops 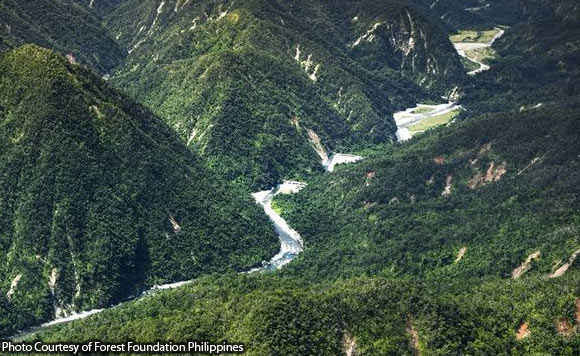 Several low-lying villages in the City of San Jose del Monte and the towns of Santa Maria, Bocaue and Marilao were hit by flashfloods Friday morning, prompting the evacuation of over 100 families.

Reports from the Provincial Disaster Risk Reduction Management Office (PDRRMO) headed by Felicisima Mungcal said the flashfloods were caused by the swelling of the river system of the said localities as early as 4 a.m. The water subsided by noontime.

“Some families in the towns of Sta. Maria and Bocaue along its respective riverbanks were forcibly evacuated as the water immediately overflowed and floodwaters continued to rise from 2 to 4 feet,” Mungcal said.

“Two evacuation centers were also established in Sta. Maria town, taking in a total of 117 families,” she said. She, however, failed to give the number of families evacuated in Bocaue.

Likewise, she said that roads in Barangays Bambang, Sulucan, Bunlo and Binang 1st, all in Bocaue town, were submerged in 2 to 4-foot deep floodwaters starting at 5 a.m. and were rendered impassable for all kinds of vehicles.

Rep. Florida Robes said that the flashflood originated from the deforested part of the Sierra Madre Mountain range in the City of San Jose del Monte.

Supt. Fitz Macariola, police chief of the City of San Jose Del Monte, said the initial report that reached him said a house was washed out by the flashflood in Barangay Minuyan and some 30 families were affected.

So far, only Bustos Dam has released water from two of its spill gates that were opened up to four meters each and discharged a total of 135 cubic meters per second of water. (PNA)

Politiko would love to hear your views on this...
Spread the love
Tags: Bocaue, City of San Jose del Monte, evacuation, Felicisima Mungcal, flashfloods, localities, Marilao, Provincial Disaster Risk Reduction Management Office (PDRRMO), Santa Maria, Sta. Maria
Disclaimer:
The comments posted on this site do not necessarily represent or reflect the views of management and owner of POLITICS.com.ph. We reserve the right to exclude comments that we deem to be inconsistent with our editorial standards.