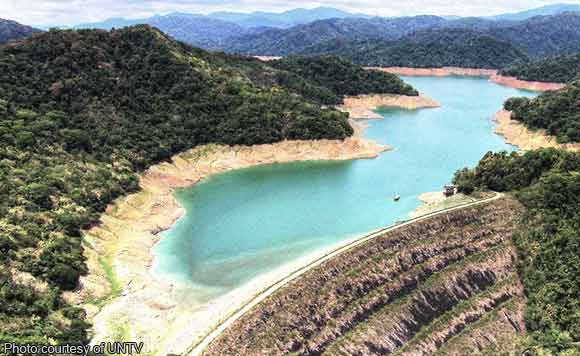 Regular earthquake drills are good but authorities should also consider a more devastating danger should the so-called “Big One” happens, a top provincial executive said on Sunday.

Gov. Wilhelmino M. Sy-Alvarado said that while he does not want to picture a grim scenario, authorities should not overlook the massive devastation that could happen if a magnitude 7.2 earthquake or the so called “Big One” jolts the West Valley fault line that could break the aging Angat dam, which according to experts is nestling within the fault line and is located in one of the most steepest mountain slopes in the world.

The governor also asked dam engineers to give regular updates on the on-going repair and strengthening of Angat dam.

Alvarado recalled that when he was still the vice governor, he delivered a privilege speech at the Sangguniang Panglalawigan where he emphasized the statement of the Metropolitan Waterworks and Sewerage System (MWSS) on July 16, 2009 regarding the agency justification for the construction and operation of Laiban dam project.

He said: “The Angat main dike axis is right on the recently confirmed Marikina Valley System fault. The main dike straddles in the fault which stretches from Taal lake area to Angat river. The dike has one of the steepest slopes in the world. Seepage has been observed right after its construction. The design criteria for the dam, particularly for seismicity, may not be sufficient considering the latest requirements for design codes and regulations.”

During that time, Alvarado has already revealed that aging Angat dam is like the proverbial “sword of Damocles” hanging over the heads of Bulakenyos.

Aside from studies, Alvarado said that Angat dam is already 49 years old and the lifespan of the dam is 50 years old.

He said that the new operator of Angat dam, the Angat Hydro Corporation, has begun its repair and strengthening last year.

However, the governor said that some sectors are asking him for updates on the rehabilitation and strengthening of the dam.

Most of them, he said, are asking if the ongoing repair is suited to withstand a magnitude 7.2 earthquake.

“Many of them are anxious and believe that the destruction that a dam break would cause is highly unimaginable. Once it breaks, voluminous amount of water will come down cascading like bullets carrying with them huge boulders, cut logs and other debris to the lowlands that will eventually ends up in Manila Bay,” the governor said.

He said that concerned authorities have already estimated that at least 38,000 would die at the National Capital Region once the “Big One” stikes. But they have not consider the effects and aftermath of a dam break.

“Millions will die instantly, most of which will be washed and wiped-out. Aside from this, the aftermath will bring more deadly consequences since the Angat dam supplies 97 percent of the potable water needs of Metro Manila. Survivors will surely die from thirst,” Alvarado said.

He said that preparations and readiness are being undertaken by the government but the devastation in case the dam break should also be considered.

He also added that drills are doable but only the mercy and love of God can prevent such dreadful calamities from happening.

He said the province of Bulacan is regularly holding a “Day of Prayer” to save the land and the entire country from calamities and evil forces that want to destroy it. (PNA)

Politiko would love to hear your views on this...
Spread the love
Tags: Angat dam, Angat Hydro Corporation, Big One, Bulakenyos, earthquake drills, etropolitan Waterworks and Sewerage System, Gov. Wilhelmino M. Sy-Alvarado, Laiban dam, Marikina Valley System fault, province of Bulacan, Sangguniang Panglalawigan
Disclaimer:
The comments posted on this site do not necessarily represent or reflect the views of management and owner of POLITICS.com.ph. We reserve the right to exclude comments that we deem to be inconsistent with our editorial standards.