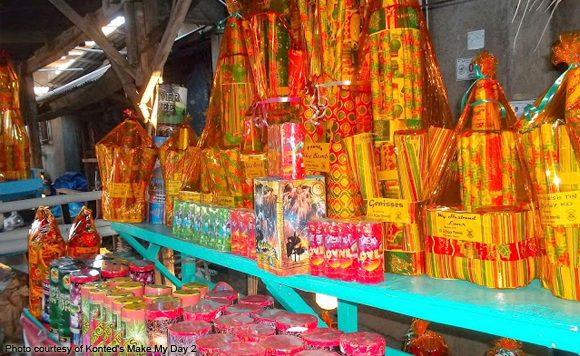 Bulacan Governor Wilhelmino M. Sy-Alvarado lauded the Department of Labor and Employment (DOLE) for lifting its work-stoppage order last December 9, thus allowing all 48 fireworks and pyrotechnic factories in the province to go back to business well in time for the Yuletide Season.

Earlier the politiko called a meeting between stakeholders of the industry wherein the DOLE Regional Office led by Atty. Ana Dione, Philippine National Police, Bureau of Fire Protection and other concerned agencies attended and come up with proposal that aims to make the production, sale and use of fireworks safe.

The DOLE issued the work-stoppage order in wake of the deadly fireworks factory blast in Sta. Maria, Bulacan which killed four persons and wounded six others.

Alvarado said that the safety and general welfare of the people is of utmost important but the livelihood to thousands families relying on the industry should be also given due consideration.

The Bulacan governor urged the concerned agencies to should convince the President and Congress that the production of quality fireworks and pyrotechnics devices is safe.

“Thank God, it’s back to normal to the at least 48 fireworks manufacturers and dealers in town of Bocaue and in other parts of Bulacan,” Alvarado said.

Politiko would love to hear your views on this...
Post Views: 0
Spread the love
Disclaimer:
The comments posted on this site do not necessarily represent or reflect the views of management and owner of POLITICS.com.ph. We reserve the right to exclude comments that we deem to be inconsistent with our editorial standards.