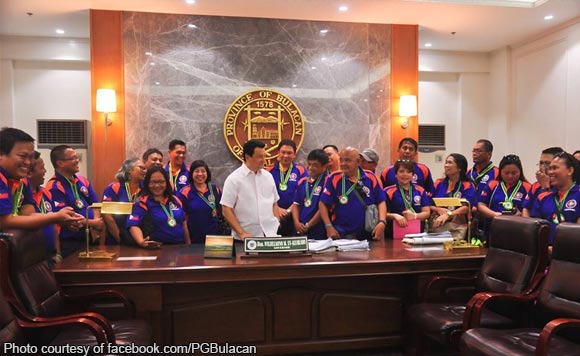 The delegates, composed of department heads of the Samal local government, were led by Vice Mayor Orly Amit. The group paid a courtesy call on Sy-Alvarado at the latter’s office in Malolos City.

The visiting officials toured the Communication, Command and Control Center of the Bulacan Provincial Disaster Risk Reduction and Management Office for possible adaptation of the same technology, the Bulacan provincial government said.

“They were toured around the headquarters of Bulacan Rescue where they were exposed to their latest equipment and systems in identifying and observing rainfall, river and flood stages,” the Samal LGU said in a separate statement.

“Thank you, Bulacan, for the warm reception,” the Samal LGU said.

The Samal officials capped off their disaster response-orientation trip with a visit on Friday at the headquarters of the Office of Civil Defense and National Disaster Risk Reduction and Management Council in Camp Aguinaldo, Quezon City.

Politiko would love to hear your views on this...
Spread the love
Tags: Bulacan, Davao del Norte, Island Garden City of Samal, Wilhelmino Sy-Alvarado
Disclaimer:
The comments posted on this site do not necessarily represent or reflect the views of management and owner of POLITICS.com.ph. We reserve the right to exclude comments that we deem to be inconsistent with our editorial standards.