Bulacan gov: No sense blaming others on Manila Bay mess 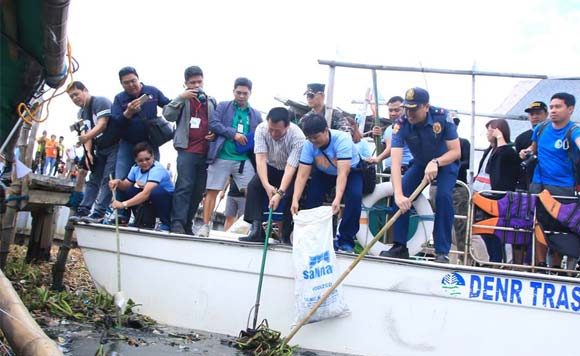 During last weekend’s cleanup drive for Manila Bay, Bulacan Governor Wilhelmino M. Sy-Alvarado said individuals should “take a dip” for environmental rehabilitation, instead of pointing fingers and blaming others.

The politiko led the massive cleanup drive in some of the municipalities and cities in the province, with officials and representatives from the Bulacan Police Provincial Office, Bureau of Fire Protection, Department of Public Works and Highways, Department of Science and Technology, Bureau of Jail Management and Penology, National Housing Authority, Department of the Interior and Local Government, water district personnel, and non-government organizations.

The province has also ordered the closure of six establishments in Meycauayan and Marilao for violating various environmental laws.

Politiko would love to hear your views on this...
Spread the love
Tags: Bulacan, Bulacan Police Provincial Office, Bureau of Fire Protection, Bureau of Jail Management and Penology, Department of Public Works and Highways, Department of Science and Technology, Department of the Interior and Local Government, environmental rehabilitation, Governor Wilhelmino M. Sy-Alvarado, Manila Bay, national housing authority
Disclaimer:
The comments posted on this site do not necessarily represent or reflect the views of management and owner of POLITICS.com.ph. We reserve the right to exclude comments that we deem to be inconsistent with our editorial standards.