Bulacan gears up for anti-polio campaign 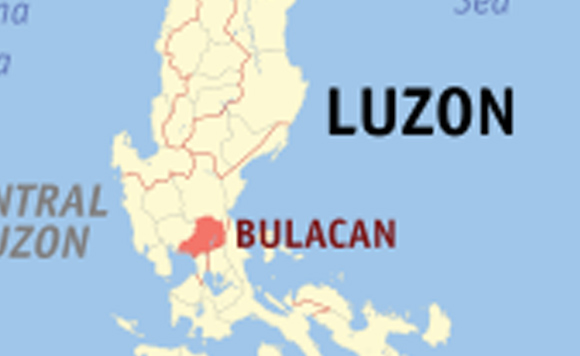 CITY OF MALOLOS, Bulacan – The provincial government here is gearing up for the resumption of the synchronized polio immunization in Central Luzon, dubbed as “Sabayang Patak Kontra Polio”.

For the first phase of round one, the polio immunization schedule, including Saturdays, Sundays, and holidays, will start from July 20 to August 2 in Nueva Ecija, Aurora, Angeles City, and City of San Jose del Monte in Bulacan.

The second phase of the synchronized polio immunization is slated on August 3-16 in Bataan, Bulacan, Pampanga, Tarlac, and Zambales.

Governor Daniel Fernando said the provincial government has already cascaded the “Sabayang Patak Kontra Polio” campaign to three cities and 21 municipalities in the province in preparation for the synchronized immunization.

“We believe that by this, we can meet the target and because the vaccination will cover all children 0-59 months old regardless of immunization status in the community, all missed children in the past years will be addressed,” Fernando said.

Based on the record of the Provincial Health Office-Public Health, the fully immunized children (FIC) accomplishment of Bulacan in 2019 was 62 percent, which was way lower from the national target of 95 percent.

Fernando said the Sabayang Patak Kontra Polio campaign of the Department of Health (DOH) is one of the essential health services needed to be delivered promptly.

He said that while the country is in the midst of coronavirus disease 2019 (Covid-19) pandemic, the polio mass immunization campaign will push through with strict infection control precautions to be followed by all health workers and the community such as wearing of masks, disinfection, temperature check, and physical distancing.

“Vaccination is the best way to prevent the disease and its transmission,” he said.

The campaign aims to boost immunization against polio by giving doses of monovalent oral polio vaccine Type 2 (mOPV2) to all children under five years of age.

To ensure interruption of poliovirus transmission, at least two successive rounds of “Sabayang Patak Kontra Polio” will be done, each with an aim of at least 95-percent coverage to guarantee that no child is left behind.

The DOH appealed for the participation of the parents, caregivers, health workers, barangay officials, and local government units in the implementation of a quality campaign to successfully end the polio outbreak.

The first positive case of polio in Central Luzon that was reported last Feb. 15 brought the total number of cases in the country to 17 since an outbreak was declared in September 2019. (PNA)

Politiko would love to hear your views on this...
Spread the love
Tags: Angeles City, Aurora, Bulacan, Central Luzon, City of Malolos, City of San Jose del Monte, Nueva Ecija, Sabayang Patak Kontra Polio
Disclaimer:
The comments posted on this site do not necessarily represent or reflect the views of management and owner of POLITICS.com.ph. We reserve the right to exclude comments that we deem to be inconsistent with our editorial standards.