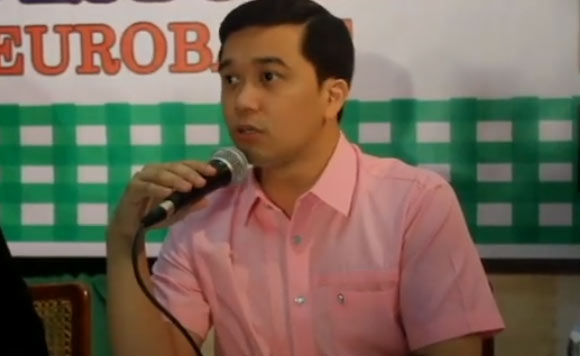 Bulacan 1st District Rep. Jose Antonio Sy-Alvarado defended on Friday the proposed 2019 budget for the Department of Health, the Philippine Drugs Enforcement Agency, and the Dangerous Drugs Board.

Sy-Alvarado, who is the House Committee on Appropriations vice chairman, responded to queries by his colleagues in Congress for almost six hours at the plenary regarding the proposed budgets for the three agencies.

The Department of Budget and Management had earlier disclosed that the administration is proposing a P141.4 billion allocation next year for the DOH (and the Philippine Health Insurance Corporation), almost P2 billion for the PDEA, and P258.3 million for the DDB.

One of the issues raised during the plenary deliberation on the proposed DOH budget is the agency’s actions on the country’s current HIV situation.

Responding to a query by Party-list BUTIL Rep. Cecilia Leonila Chavez, Sy-Alvarado said the DOH is closely monitoring it and went on to enumerate a number of programs, including free voluntary HIV counselling and testing services, provision of free-anti-retroviral drugs to people living with HIV, and the execution of HIV communication plans for males having sex with male.

“There is also the conduct of the national advocacy events, AIDS (Acquired Immune Deficiency Syndrome) candlelight memorial, World AIDS Day, including community assemblies and fora to reduce the stigma,” the politiko said.

Politiko would love to hear your views on this...
Spread the love
Tags: 1st District, Bulacan, Dangerous Drugs Board, e Department of Health, House Committee on Appropriations, P2 billion, Rep. Jose Antonio Sy-Alvarado, the Philippine Drugs Enforcement Agency
Disclaimer:
The comments posted on this site do not necessarily represent or reflect the views of management and owner of POLITICS.com.ph. We reserve the right to exclude comments that we deem to be inconsistent with our editorial standards.