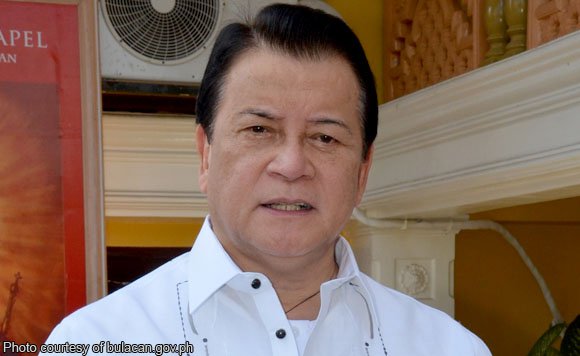 In support to President Rodrigo Roa Duterte’s all-out-offensive against the dreaded dope menace, the provincial government of Bulacan headed by Governor Wilhelmino M. Sy-Alvarado convened the Provincial Anti-Drug Abuse Council (PADAC) and came up with programs aimed to address the drug addiction problems in the province.

“We should help the President in whatever way we could in fighting this menace,” the governor said.

In line with this, he said that PADAC will conduct a symposium dubbed as “Kampanya para sa Pagsugpo sa Ipinagbabawal na Gamot” to be held at the Bulacan Capitol Gymnasium on March 29, from 8 a.m. to 12 noon.

The participants will come from all the municipalities in Bulacan.

Alvarado said that different government agencies like the Department of Health, Philippine National Police, the Technical Education and Skills Development Authority (TESDA), Alliance for Values Formation and other concerned groups will also help in this endeavor.

The event will tackle programs on rehabilitation, health issues, livelihood, and values.

Pastor Cesar Sacdalan, provincial chairman of Alliance for Values Formation, will be in charge of values formation.

The winners for the slogan and poster-making competition which was held on March 24 will also be announced as well as the awarding of trophies and cash prizes. (PNA)

Politiko would love to hear your views on this...
Post Views: 0
Spread the love
Tags: Bulacan, Bulacan Provincial Police Office (BPPO), Oplan Double Barrel Reloaded, Philippine National Police, President, Rodrigo Roa Duterte, Wilhelmino M. Sy-Alvarado
Disclaimer:
The comments posted on this site do not necessarily represent or reflect the views of management and owner of POLITICS.com.ph. We reserve the right to exclude comments that we deem to be inconsistent with our editorial standards.