Bulacan all set for May 9 polls, says Comelec 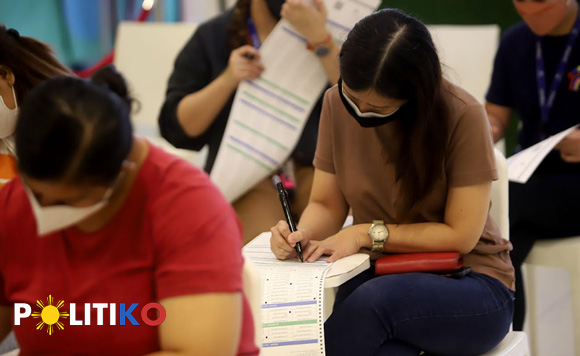 The Commission of Elections (Comelec) provincial office in Malolos City expressed readiness for the May 9 elections after the simultaneous testing and sealing of vote counting machines (VCMs).

In a Philippine News Agency report, provincial election supervisor, Rene Cruz Jr. said on Thursday a total of 2,878 VCMs had arrived in the province and were delivered to the province’s 21 municipalities and three cities.

“We have around two dozen VCMs for repair, but the contingency machines are on their way today,” Cruz said in the PNA report.

With the exception of minor delays, the official said there were no problems in delivering VCMs and official ballots to the towns and cities.

Politiko would love to hear your views on this...
Spread the love
Tags: Bulacan, Comelec, Halalan 2022, vote counting machines (VCMs)
Disclaimer:
The comments posted on this site do not necessarily represent or reflect the views of management and owner of POLITICS.com.ph. We reserve the right to exclude comments that we deem to be inconsistent with our editorial standards.