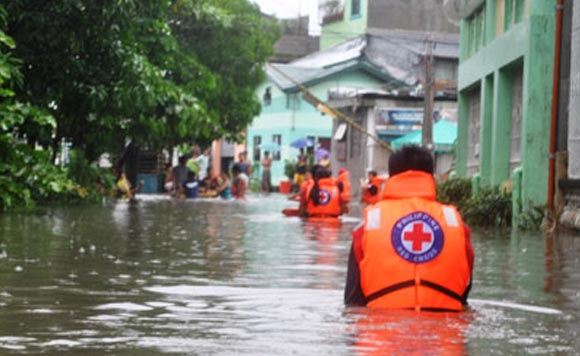 The provincial government of Bulacan has activated “Operation Listo,” the Department of Interior and Local Government’s (DILG) protocols for disaster response and monitoring.

Operation Listo being implemented specifically by the Provincial Disaster Risk Reduction and Management Council (PDRRMC) has been activated due to Tropical Storm “Henry” and Tropical Depression “Inday.”

The program consists of disaster preparedness manuals that contains procedures on the courses of actions that need to be done by the local chief executives before, during and after the occurrence of disasters and calamities in their respective areas or communities.

As of July 18, PDRRMC reported that the damage to agriculture in the province due to weather disturbance has reached P23 million.

The Provincial Health Office-Public Health has distributed Doxycycline and ointment to flooded areas in Hagonoy, Marilao, Obando and City of Meycauayan to prevent the residents from acquiring leptospirosis.

Politiko would love to hear your views on this...
Spread the love
Tags: Department of Interior and Local Government), Provincial Disaster Risk Reduction and Management Council, provincial government of Bulacan, Tropical Depression "Inday", Tropical Storm "Henry"
Disclaimer:
The comments posted on this site do not necessarily represent or reflect the views of management and owner of POLITICS.com.ph. We reserve the right to exclude comments that we deem to be inconsistent with our editorial standards.