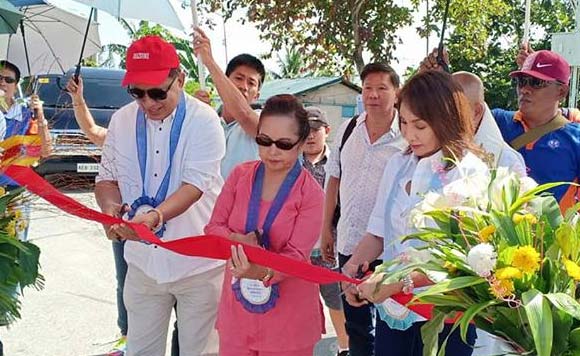 Looks like House Speaker Gloria Macapagal Arroyo has fostered a healthy partnership with Cebu representatives, as she graced the inauguration of four roads and a port in the province.

During last Saturday’s event, Cebu Reps. Benhur Salimbangon and Gwen Garcia accompanied the Speaker and former president in the inauguration and blessing of Don Pedro Highway in Bogo City.

Arroyo also didn’t miss the blessing of roads in the towns of Medellin and Daanbantayan and the inauguration of the new RORO port in Maya, Daanbantayan–projects that were funded during her administration.

Politiko would love to hear your views on this...
Spread the love
Tags: Cebu, Cebu representatives, Cebu Reps. Benhur Salimbangon, Gwen Garcia, House Speaker Gloria Macapagal-Arroyo
Disclaimer:
The comments posted on this site do not necessarily represent or reflect the views of management and owner of POLITICS.com.ph. We reserve the right to exclude comments that we deem to be inconsistent with our editorial standards.