Border checkpoints back in Bataan province 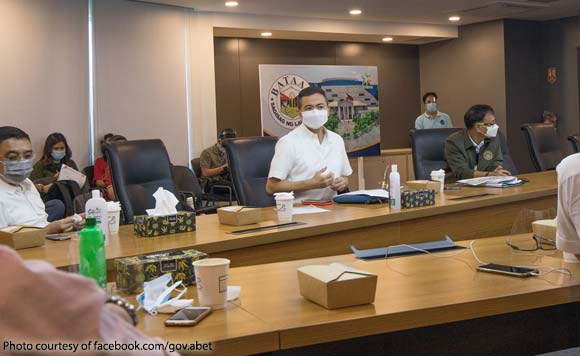 Authorities in Bataan province have once again set up border checkpoints under the modified enhanced community quarantine.

The Inter-Agency Task Force placed the province back to MECQ following a surge in Covid-19 cases.

In a statement, PHO chief and provincial IATF vice chair Dr. Rosanna Buccahan said the increase in cases of the coronavirus disease in the province was due to increased mobility of people within the province and those who are coming from other areas.

According to a Punto Central Luzon report, traffic was stalled in the road boundary of Balanga City and Pilar town where two separate checkpoints at the big Sta. Rosa bridge checked motorists entering the two areas.

“In Barangay Santa Lucia in Samal town, barangay kagawad Norberto Buan used a public address system to inform residents of restrictions while the province is under MECQ from June 16 to June 30, 2021,” the report said.

The report quoted Bataan Governor Albert Garcia as telling the residents they “have to return staying at home while restrictions will be imposed on industries that will be permitted to operate.”

Politiko would love to hear your views on this...
Spread the love
Tags: Bataan, checkpoints, modified enhanced community quarantine
Disclaimer:
The comments posted on this site do not necessarily represent or reflect the views of management and owner of POLITICS.com.ph. We reserve the right to exclude comments that we deem to be inconsistent with our editorial standards.