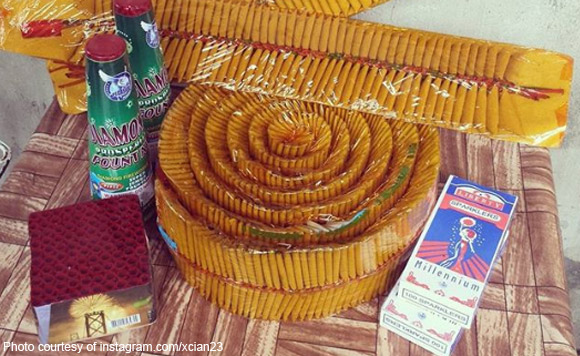 The proposal to ban fireworks was welcomed by the mayor of the town, known as the “fireworks capital of the country.”

Mayor Eleonore “Joni” Villanueva-Tugna told the Philippine News Agency (PNA) in an interview on Thursday that she welcomed any proposal for the safety of the public.

“Safety is and shall always be a priority. Even our fireworks industry leaders and workers agree that the unregulated and unsupervised use of fireworks are illegal. Hence, we likewise stand together against the smuggling of fireworks and pyrotechnics products,” Tugna said.

She said the local government of Bocaue continued to maintain that any policy must be a result of consultations and exhaustive study.

“We welcome collaborations to study such a proposal, given that the fireworks industry remains central to Bocaue, she said.

On the other hand, fireworks industry stakeholders, who do want to be named, are urging those who proposed a ban on fireworks to identify government interventions to be laid out for the workers in the industry who would be displaced.

“What are the economic compensations for the millions if not billions of investment put up by pyrotechnics investors and what about the yearly traditions that Filipinos celebrate during the New Year revelries?,” one of the stakeholders said.

Recently, Senate President Vicente “Tito” Sotto III proposed the prohibition of unsupervised use of firecrackers and pyrotechnic devices in any place regardless of the occasion.

He said the explosion of firecrackers must only be allowed in designated areas with authorization from local government units.

Health Secretary Francisco Duque III also urged legislators to pass a law that will totally ban the use of firecrackers as he launched their “Iwas Paputok” campaign during the Yuletide season.

EcoWaste Coalition, an environmental watchdog, has also called for a total ban on firecrackers and fireworks to prevent injuries during New Year celebrations.

The cases of fireworks-related injuries in Bulacan have climbed to a total of 75 as of noon Thursday. (PNA)

Politiko would love to hear your views on this...
Post Views: 6
Spread the love
Tags: Bocuae, fireworks, fireworks ban, Mayor Villanueva, Tugna
Disclaimer:
The comments posted on this site do not necessarily represent or reflect the views of management and owner of POLITICS.com.ph. We reserve the right to exclude comments that we deem to be inconsistent with our editorial standards.