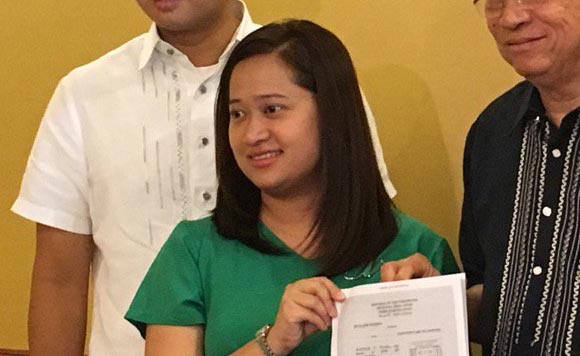 Mayor Eleonor Villanueva-Tugna, popularly known as Joni Villanueva, of Bocaue, Bulacan is seeking a reelection in next year’s elections.

Photos posted on her social media page showed the lady politiko holding a motorcade, together with her running mate, leading to the Commission on Elections local office where she filed her Certificate of Candidacy.

Politiko would love to hear your views on this...
Spread the love
Tags: Bocaue, Bulacan, Certificate of Candidacy, Commission on Elections, Joni Villanueva, Mayor Eleonor Villanueva-Tugna, Norielito German
Disclaimer:
The comments posted on this site do not necessarily represent or reflect the views of management and owner of POLITICS.com.ph. We reserve the right to exclude comments that we deem to be inconsistent with our editorial standards.