BOC destroys P800K worth of ukay-ukay in Bulacan 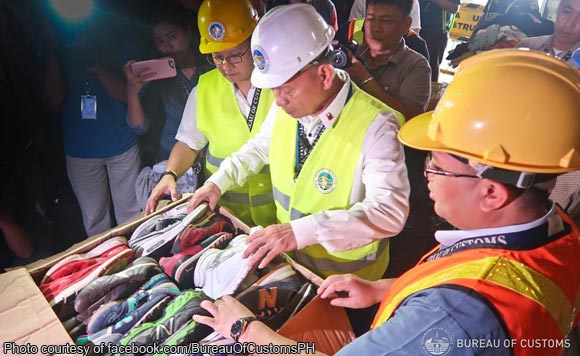 The Bureau of Customs (BOC)-Port of Subic led Friday the destruction of used clothing or ukay-ukay worth P800,000 in Guiguinto, Bulacan.

The said contraband was shredded and disposed of at the facility of EPY-ECO Auction and Waste Disposal Services– the accredited service provider of the Port of Subic for the condemnation of contrabands and expired goods, Customs said.

“The subject used clothing was abandoned in favour of the Government, in view of the aggressive efforts and vigilance on the part of the BOC to man the ports against contrabands that are detrimental to public health and welfare,” it said.

District Collector of the Port of Subic, Segundo Sigmundfreud Z. Barte said that while the commercial proliferation of ukay-ukay is popular, Republic Act No. 4653 prohibits the importation thereof, to safeguard public health.

BOC Commissioner Isidro Lapena has announced that condemnation of seized goods will now be made public as part of transparency efforts of the Bureau.

Politiko would love to hear your views on this...
Spread the love
Tags: Bulacan, Bureau of Customs, EPY-ECO Auction, Guiguinto, Port of Subic, Waste Disposal Services
Disclaimer:
The comments posted on this site do not necessarily represent or reflect the views of management and owner of POLITICS.com.ph. We reserve the right to exclude comments that we deem to be inconsistent with our editorial standards.