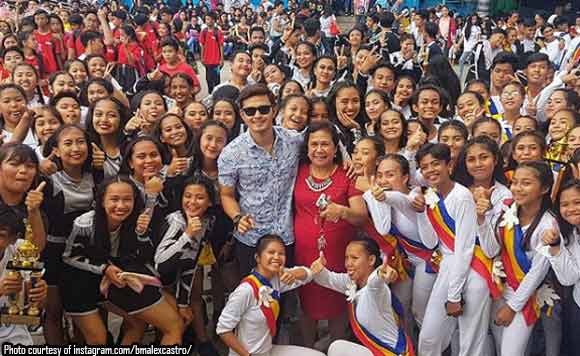 The politiko found himself in the middle of a group photo, with all the students and teachers around him grinning from ear to ear!

Politiko would love to hear your views on this...
Spread the love
Tags: Bulacan 4th District Board Member Alex Castro, La Concepcion College of San Jose del Monte
Disclaimer:
The comments posted on this site do not necessarily represent or reflect the views of management and owner of POLITICS.com.ph. We reserve the right to exclude comments that we deem to be inconsistent with our editorial standards.