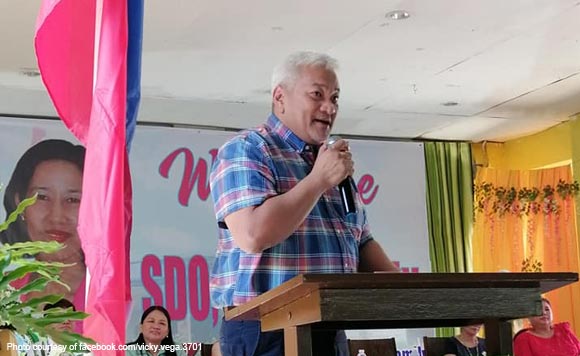 Bishop Pablo Virgilio David has slammed as “unchristian” the order of Angeles City Mayor Carmelo Lazatin, Jr. to shut down the Philippine Rehabilitation Institute (PRI) in Barangay Pampang for admitting a Covid-19 patient and three persons under investigation from Quezon City without his knowledge.

“Mayor, I do not know what your religion is. But I know that such a policy is unchristian, plain and simple. Please reconsider,” David wrote on his Facebook page.

David said the mayor’s actions showed that the latter considers the PRI to be “for Pampangueños only.”

“And so he has decided to padlock the said hospital because it had admitted four patients from Quezon City,” he said.

“Only for Pampangueños? The hospital management does not think so, invoking the Hippocratic oath required of all people in medical profession,” the bishop said.

David was the parish priest of Holy Rosary Parish in Angeles City from 2008 to 2015 before he was transferred to the Caloocan diocese.

“It is already a big blessing for our country that there is a well-equipped private hospital that has agreed to cater exclusively to Covid-19 positive patients and is preparing seriously for the daunting task. Now the mayor says because the hospital is located in his LGU, he has the prerogative to prevent the hospital from admitting patients from outside Pampanga,” he said.

“His reason? Because the presence of COVID19 positive patients in the said hospital endangers his LGU!” David added.

“Does that mean the honorable mayor is suggesting that no COVID 19 positive patients from Pampanga can be admitted in any of the hospitals in Manila if the Manila LGUs so object? Is there a provision in the Local Government Code that gives the LGUs such an authority?” he said.

Lazatin deployed policemen and barangay tanods round-the-clock to secure PRI and ensure that no personnel or patient will be allowed to go out.

He said everyone inside PRI would be under quarantine.

Politiko would love to hear your views on this...
Tags: Angeles City Mayor Carmelo Lazatin Jr, Angeles hospital, Bishop Pablo Virgilio David, Covid-19, unchristian
Disclaimer:
The comments posted on this site do not necessarily represent or reflect the views of management and owner of POLITICS.com.ph. We reserve the right to exclude comments that we deem to be inconsistent with our editorial standards.