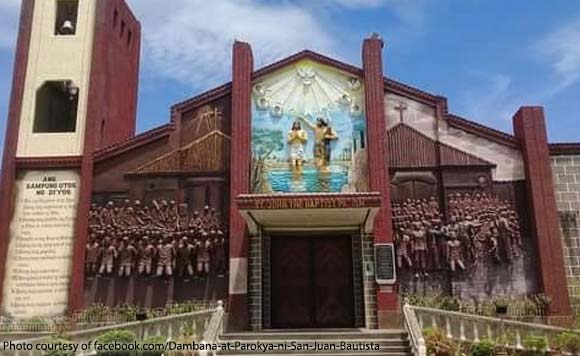 Lawmakers have pushed for the passage of a measure declaring the Taong Putik Dambana ni San Juan Bautista in Nueva Ecija a tourist destination.

Under House Bill 9517, the development of the immediate environ of the church also known as the Diocesan Shrine of Saint John the Baptist church located in Barangay Bibiclat, Aliaga, will be prioritized by the Department of Tourism (DOT).

Rep. Estrellita Suansing, author of the measure, narrated that during World War II Japanese soldiers gathered all the men in the barangay in retaliation for the death of their compatriots, and the villagers prayed hard for their loved ones to be saved.

“When the men were to be executed, it rained so hard that the captives had to be herded into the church, where later, some of the Japanese soldiers were convinced that the rain was a sign of disapproval from heaven. The residents attributed this miracle to St. John the Baptist and have vowed to pay homage to the saint since then,” she said.

On August 29, 2013, Saint John the Baptist church was declared a diocesan shrine. The declaration rite was led by Cabanatuan City Bishop Sofronio Bancud together with parish priest Rev. Father Carlos Padilla and other members of the clergy.

“With this declaration, it is estimated that more pilgrims and tourists will visit Bibclat, Aliaga not only during the feast of St. John the Baptist and religious occasions but also the whole year round,” Suansing said in her bill.

The House of Representatives approved the proposal on second reading before the adjournment last month.

The measure was approved on third and final reading during the 17th Congress.

Politiko would love to hear your views on this...
Spread the love
Tags: Aliaga, Bibiclat, Taong Putik Dambana
Disclaimer:
The comments posted on this site do not necessarily represent or reflect the views of management and owner of POLITICS.com.ph. We reserve the right to exclude comments that we deem to be inconsistent with our editorial standards.