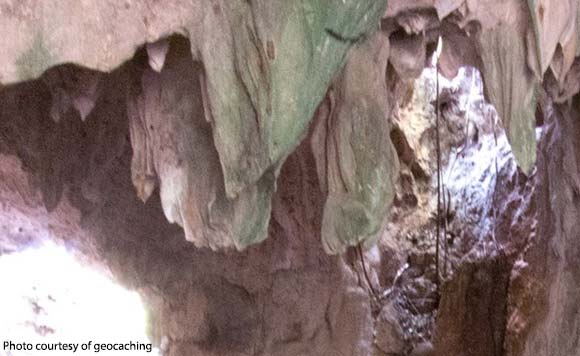 The House of Representatives has approved on third and final reading a measure declaring Sagrada Familia in Zambales an Ecotourism Zone.

Sagrada Familia Caves in Sta. Cruz town are series of caves that are popular tourist spots for avid spelunkers.

The collective name of the caves was derived from the formation of stalagmites in one of the caves that resembled the structure of the Holy Family which when translated to Spanish is Sagrada Familia.

A few crevices on the roof of the caves allow penetration of sunlight that makes it easy for anyone to appreciate the beautiful rock and mineral formation within.

The textured stairs leading to the caves are made up of coral fragments alongside the cliff. These coralline remnants are scientific proof that millions of years ago the area was part of the ocean floor.

Tourists flock the area especially during Holy Week due to the belief that climbing up the mountain to reach the holy cave is a form of penance.

Despite the hidden beauty of the Sagrada Familia caves and the frequency of tourist visit in the area, no comprehensive plan has even been made to ensure the protection of the caves.

A similar measure was filed and approved by the House of Representatives in the 16th and 17th Congress. However, the Senate failed to pass it.

Politiko would love to hear your views on this...
Spread the love
Tags: House Bill 8774, House of Representatives, Sagrada Familia caves
Disclaimer:
The comments posted on this site do not necessarily represent or reflect the views of management and owner of POLITICS.com.ph. We reserve the right to exclude comments that we deem to be inconsistent with our editorial standards.