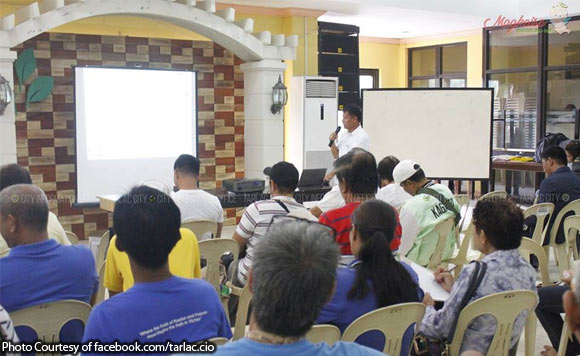 Some 56 fishpond owners and operators in Tarlac City have participated in a training on aquaculture production, the city government said.

The Bureau of Fisheries and Aquatic Resources (BFAR) Regional Office III, in coordination with the Tarlac City Agriculture Office, conducted the training, specifically on tilapia, held recently at the Bulwagan of the Tarlac City Hall.

The city government said the activity was in line with Mayor Cristy Angeles’ aim to strengthen the knowledge and actual know-hows of fishpond owners and operators on the production of tilapia, thus providing greater economic impact and employment opportunities.

Politiko would love to hear your views on this...
Spread the love
Tags: Agriculture Office, aquaculture production, Bulwagan, Bureau of Fisheries and Aquatic Resources (BFAR), city government, coordination, Regional Office III, Tarlac City, tilapia, training
Disclaimer:
The comments posted on this site do not necessarily represent or reflect the views of management and owner of POLITICS.com.ph. We reserve the right to exclude comments that we deem to be inconsistent with our editorial standards.