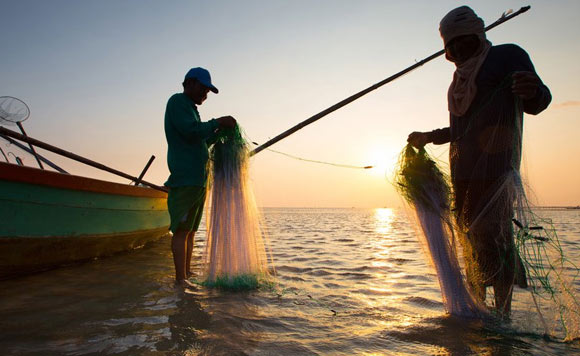 The Bureau of Fisheries and Aquatic Resources (BFAR) Region 3 has distributed 23 units of non-motorized fiberglass reinforced plastic boat and life vests to the fishermen of Calumpit, Bulacan.

According to the municipal government of Calumpit, the distribution of assistance was part of BFAR’s program for the poorest of the poor and Targeted Action to Reduce Poverty and Generate Economic Transformation (TARGE) in the fishery sector.

The presidents of the various fishermen’s groups received the boats and life vests during a ceremony held in Calumpit Fishport.

Politiko would love to hear your views on this...
Spread the love
Tags: beneficiaries, Bulacan, Bureau of Fisheries and Aquatic Resources (BFAR), Calumpit, Calumpit Fishport, Region 3, Targeted Action to Reduce Poverty and Generate Economic Transformation (TARGE)
Disclaimer:
The comments posted on this site do not necessarily represent or reflect the views of management and owner of POLITICS.com.ph. We reserve the right to exclude comments that we deem to be inconsistent with our editorial standards.