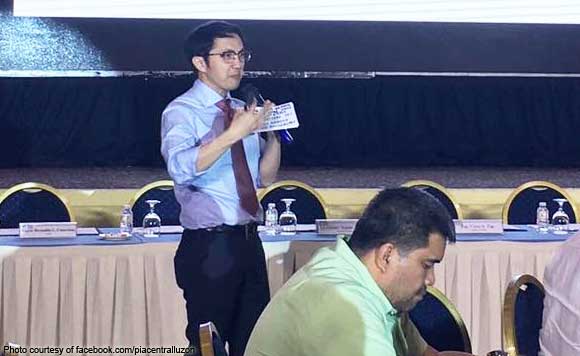 The Clark Development Corporation (CDC) on Monday announced the appointment of Bases Conversion Development Authority (BCDA) president Vivencio B. Dizon as officer in charge (OIC) of the government-owned and controlled corporation.

CDC vice president for legal affairs and corporate secretary Perlita Sagmit made the announcement during the flag raising ceremonies held in front of the corporate offices here following the filing of leave of absence of CDC president Noel F. Manankil.

Sagmit said Dizon was named as CDC’s OIC during the CDC Board of Directors meeting last Friday, June 30.

Dizon will be the OIC while BCDA conducts an investigation on alleged corruption in Clark.

She also said Manankil has filed leave of absence in order to give way to an unimpeded probe on the allegations announced by President Rodrigo Duterte in his speech during the turnover of a military aid package from China to the Philippines last Wednesday.

Dizon is a member of the CDC Board of Directors chaired by former Cabinet Secretary Jose “Ping” De Jesus. (Marna Dagumboy-Del Rosario/PNA)

Politiko would love to hear your views on this...
Spread the love
Tags: Bases Conversion Development Authority, CDC president Noel F. Manankil, Clark Development Corporation, former Cabinet Secretary Jose “Ping” De Jesus, president Rodrigo Duterte, president Vivencio B. Dizon
Disclaimer:
The comments posted on this site do not necessarily represent or reflect the views of management and owner of POLITICS.com.ph. We reserve the right to exclude comments that we deem to be inconsistent with our editorial standards.