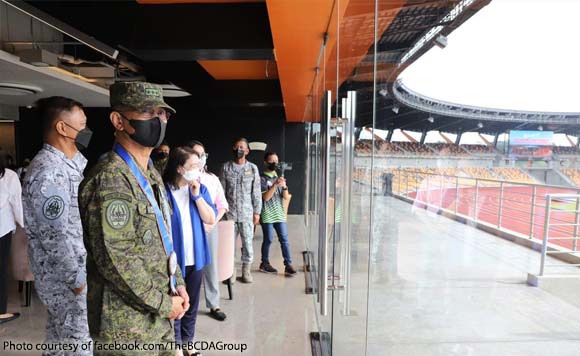 Recognizing the Armed Forces of the Philippines (AFP) as an integral partner towards development, the Bases Conversion and Development Authority (BCDA) reaffirmed its commitment toward cooperation and open dialogue with the military and in supporting its modernization program.

This was guaranteed by BCDA chair Delfin Lorenzana during the stakeholder’s forum on the role of BCDA in the AFP Modernization that was hosted by BCDA for the 7th Infantry (Kaugnay) Division of the Philippine Army at New Clark City (NCC).

“We assure you that the right share from the sales, lease, and joint venture receipts of former military camps in Metro Manila are remitted for the modernization program of the military,” said Lorenzana.

BCDA, a state-controlled enterprise, is mandated to help strengthen the armed forces by building great cities, spearheading the conversion of former military bases into centers of growth and functional replication of military facilities.

Towards this end, the BCDA has been organizing fora since 2011 “to align with AFP” and explain its contribution to the AFP Modernization Program.

Under Republic Act 7917, 35 percent of BCDA remittances to the national coffers shall be utilized to financially sustain modernization projects and aid in strengthening the AFP.

From 1993 to 2022, a total of P56.4 billion of BCDA disposition proceeds went to the AFP, about P45.3 billion of which went to AFP Modernization Program, while P11.1 billion of its proceeds were utilized in the replication of military facilities.

“This allowed the AFP to acquire game-changing equipment and facilities that will definitely help strengthen our troops and bring us a step closer towards a world-class Armed Forces,” Lorenzana said.

BCDA president and CEO Aileen Zosa delivered a detailed presentation on the completed and on-going projects of the agency that support the AFP Modernization efforts, and responded to queries and suggestions from the trooper.

“These developments are really for the people. Sa atin itong lahat – for the AFP, the civilians, BCDA, investors and business people,” she said.

“We share in all the benefits of these developments,” Zosa said.

Politiko would love to hear your views on this...
Spread the love
Tags: AFP, BCDA, New Clark City
Disclaimer:
The comments posted on this site do not necessarily represent or reflect the views of management and owner of POLITICS.com.ph. We reserve the right to exclude comments that we deem to be inconsistent with our editorial standards.