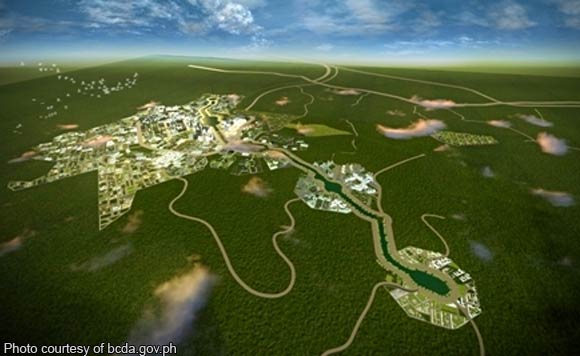 The Bases Conversion and Development Authority (BCDA) announced that it is planning to further develop Clark Green City which is considered as its “largest and the most ambitious project yet.”

BCDA president and chief executive Vivencio Dizon said the 9,450-hectare state of the art metropolis which is to be located within the Clark Special Economic Zone (CSEZ) will be the Philippines’ first true green and gifted city.

“It aims to promote inclusive growth that could boost the country’s global competitiveness,” he said in a Philippine News Agency report March 3.

Dizon is confident that the Clark Green City has a strong potential to become the premier city of the Philippines as it is designed to cater to government agencies, businesses, educational organizations, research institutions, agro-industries and tourism.

He added that a new government center is also being planned to put up in Clark Green City.

Tentatively, he said the master plan of Clark Green City is set to be finished in June of this year.

Politiko would love to hear your views on this...
Spread the love
Tags: Bases Conversion and Development Authority, Clark Green City, Clark Special Economic Zone, Philippine News Agency, Philippines, Vivencio Dizon
Disclaimer:
The comments posted on this site do not necessarily represent or reflect the views of management and owner of POLITICS.com.ph. We reserve the right to exclude comments that we deem to be inconsistent with our editorial standards.