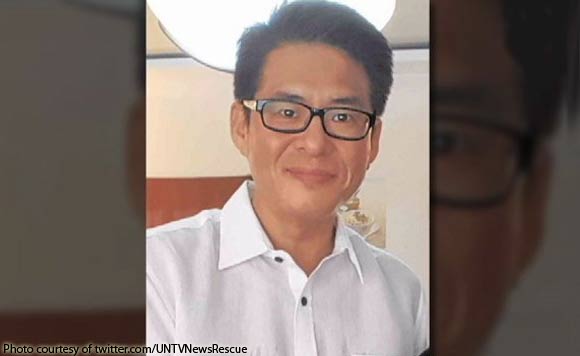 For filing the appeal late, Justice Undersecretary Raymund Mecate threw out the petition for review of one of the suspects in the “tokhang for ransom” case of slain Korean Jee Ick Joo.

“Strict compliance with the Rules of Court is indispensable for the orderly and speedy disposition of justice. The Rules must be followed, otherwise, they will become meaningless and useless,” Mecate stressed in his four-page resolution which dismissed the petition for review of retired policeman Gerardo Santiago.

Santiago has been charged with kidnapping before the Angeles City regional trial court after the Department of Justice (DOJ) issued resolutions dated April 6 and May 29 which declared there is probable cause to indict him being an accessory to the crime.

However, Mecate said Santiago filed his petition for review on July 5 which was “filed out of time or beyond the 15 day reglementary period.”

Santiago is the owner of Gream funeral services where the remains of the Korean was taken for disposal.

Politiko would love to hear your views on this...
Post Views: 4
Spread the love
Tags: Angeles City regional trial court, Department of Justice, Gream funeral service, Justice Undersecretary Raymund Mecate, Korean Jee Ick Joo, retired policeman Gerardo Santiago
Disclaimer:
The comments posted on this site do not necessarily represent or reflect the views of management and owner of POLITICS.com.ph. We reserve the right to exclude comments that we deem to be inconsistent with our editorial standards.