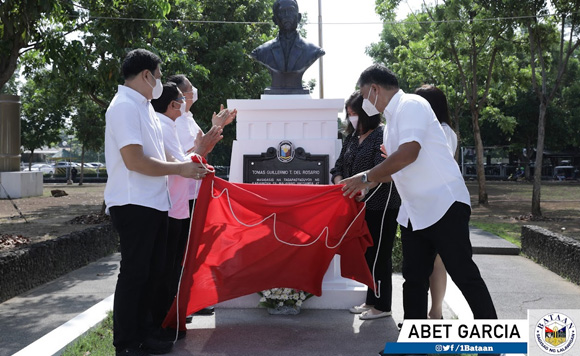 The Bataan provincial government unveiled the bust of its first Filipino governor at the capitol on Monday.

Outgoing Bataan Governor Albert Garcia, who was elected in the just-concluded elections as congressman of the second district, led the unveiling of the bust of Don Tomas Guillermo T. del Rosario.

A judge and former representative of Surigao in the Malolos Congress and the Philippine Assembly in 1898, he was remembered for advocating the separation of church and the state.

Respected sculptor Juan Sajid Imao made the bust, a project under the cultural heritage preservation division led by Jayper Merla. The sculptor is the son of Abdulamari Imao, National Artist for sculpture.

Politiko would love to hear your views on this...
Spread the love
Tags: Bataan, Filipino, Governor Albert Garcia
Disclaimer:
The comments posted on this site do not necessarily represent or reflect the views of management and owner of POLITICS.com.ph. We reserve the right to exclude comments that we deem to be inconsistent with our editorial standards.