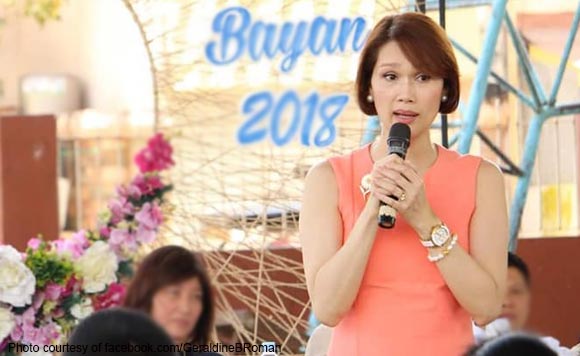 Bataan 1st District Representative Geraldine Roman considers the “SOGIE Equality Bill” pending in Congress as one of the proofs that the Philippines is a free country.

Thanks to the brave heroes of World War II.

“Thousands of Filipino and American soldiers died during the fall of Bataan, but their legacy, their gift, is our FREEDOM,” she said on her Facebook Page.

The Filipinos commemorated the 76th Araw ng Kagitingan or Day of Valor on Monday, April 9.

“Today, we live in a free country where we are getting more and more opportunities to make a better life for ourselves and our families. (Who knew that just decades later, we will have the SOGIE Equality Bill?),” Roman said.

“Despite our disagreements with each other, we still have the freedom to speak out and be heard. Just look at social media and you’ll see what I mean,” the country’s first transgender congresswoman said.

“This FREEDOM is a gift from our heroes. Let’s honor them by working together and making this country better, healthier, and safer for ALL Filipinos,” Roman added. #

Politiko would love to hear your views on this...
Post Views: 0
Spread the love
Tags: "SOGIE Equality Bill", 76th Araw ng Kagitingan, Bataan 1st District Representative Geraldine Roman, Congress, Day of Valor, Facebook page, Filipino and American soldiers, gender identity or expression (SOGIE), Philippines, sexual orientation
Disclaimer:
The comments posted on this site do not necessarily represent or reflect the views of management and owner of POLITICS.com.ph. We reserve the right to exclude comments that we deem to be inconsistent with our editorial standards.