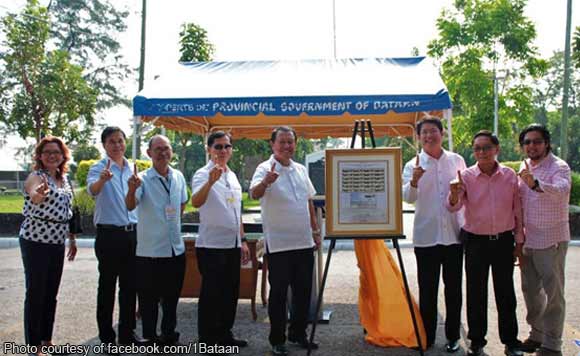 The Provincial Government of Bataan, together with the Philippine Postal Corporation (Philpost), officially unveiled a postage stamp in commemoration of the 75th Araw ng Kagitingan on Tuesday (May 2).

Araw ng Kagitingan or Day of Valor is also known as Bataan Day.

It commemorates the fall of Bataan during World War II.

Politiko would love to hear your views on this...
Post Views: 0
Spread the love
Tags: 75th Araw ng Kagitingan, Bataan, Bataan Day, Philippine Postal Corporation, World War II
Disclaimer:
The comments posted on this site do not necessarily represent or reflect the views of management and owner of POLITICS.com.ph. We reserve the right to exclude comments that we deem to be inconsistent with our editorial standards.