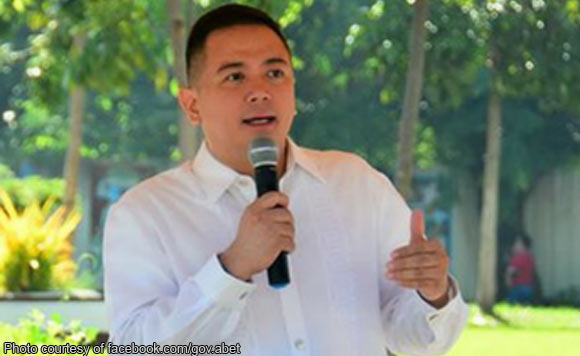 Bataan Governor Albert Garcia have 25 highly-breed imported farm animals to chosen residents from the three coastal villages of Bagac and in an upland village of Morong last week.

The program demonstrates his recognition of the indispensable role of the people in the countryside in the province’s industries.

During the turn-over ceremonies of the farm animals, Dr. Alberto Venturina, provincial veterinarian, stressed that the provincial government is laying the foundation for sustainable and inclusive growth in remote areas with dramatic increases of foreign and local industrial firms in the three towns in Bataan.

The province houses the Freeport Area of Bataan, the fastest growing freeport in the country and six other operational eco-tourism zones, but Garcia knows the importance of having an economic development foresight in towns away from the capitol.

Because of this, the provincial government of Bataan plans to advocate for abundant and profitable agri-business entrepreneurship in the community level to build-up their income and to improve their economic stature.

Politiko would love to hear your views on this...
Post Views: 0
Spread the love
Tags: Bagac, Bataan, Dr. Alberto Venturina, Freeport Area of Bataan, Governor Albert Garcia, Morong
Disclaimer:
The comments posted on this site do not necessarily represent or reflect the views of management and owner of POLITICS.com.ph. We reserve the right to exclude comments that we deem to be inconsistent with our editorial standards.