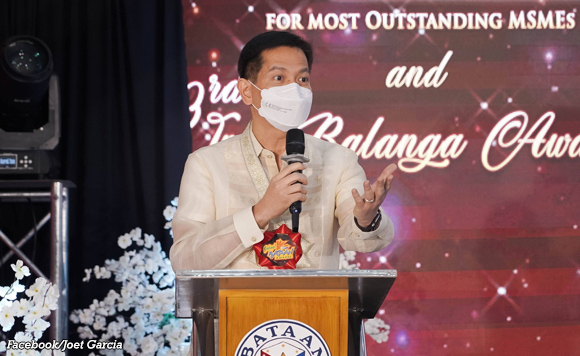 The governor encouraged unvaccinated residents to get inoculated and get a chance to win the grand raffle draw from the provincial government, which was held on July 26.

A total of 20 laptops and 20 tablets were also given away in the final draw.

Politiko would love to hear your views on this...
Spread the love
Tags: Bataan, Covid-19, Jose Enrique Garcia III, vaccination drive
Disclaimer:
The comments posted on this site do not necessarily represent or reflect the views of management and owner of POLITICS.com.ph. We reserve the right to exclude comments that we deem to be inconsistent with our editorial standards.