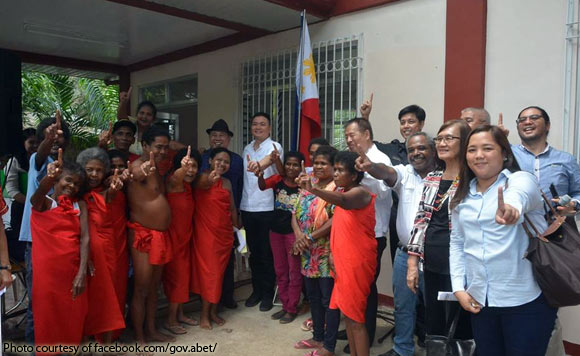 The Bahay-Wika is a Language Immersion Program that is the first of its kind aimed at language revitalization in the Philippines.

Abucay Mayor Liberato Santiago, Jr. and tribal chieftain Rosita Sison of the Ayta Magbukun community, where the program was launched, took part in the event held on Sept. 27.

A Bahay-Wika building was erected to serve as the classroom of Aeta children where they can learn the Mabukun language.

Aside from delivering a speech, Garcia also led the ribbon cutting, together with Almario, Santiago and Sison.(END)

Politiko would love to hear your views on this...
Spread the love
Tags: Abucay town, Bahay-Wika, Bataan Governor Albert Garcia, chairman Virgilio Almario, Komisyon ng Wikang Filipino
Disclaimer:
The comments posted on this site do not necessarily represent or reflect the views of management and owner of POLITICS.com.ph. We reserve the right to exclude comments that we deem to be inconsistent with our editorial standards.