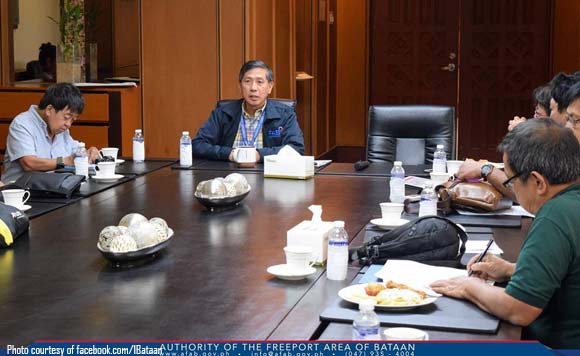 Authorities are working to strengthen security measures in the Freeport Area of Bataan (FAB) in the Municipality of Mariveles, Bataan province.

The CCTVs would be used to maintain perimeter security, monitor traffic, and capture a visual record of human activity and other valuable information.

The measure is part of the two bodies’ recent agreement to update security procedures in the ecozone, an information revealed during the AFAB Kapihan with members of the media held on Tuesday at the municipality’s administration building.

Emmanuel Pineda, chairperson and administrator of AFAB, explained that the arrangement with Charlie Pizarro, chairperson and general manager of MBDA, involves protecting the transport of raw materials to factories and the shipment of top-quality export products intended for international markets, inside the AFAB complex.

Cargo hauling firms, public transport operators, academicians and other stakeholders in the AFAB have described the proposal to install CCTVs as timely, as the historical peninsula aspires to create a more business-friendly atmosphere.

Politiko would love to hear your views on this...
Post Views: 1
Spread the love
Tags: AFAB complex, Authority of Freeport Area of Bataan (AFAB), Bataan province, Charlie Pizarro, closed-circuit camera television system (CCTVs), Emmanuel Pineda, Freeport Area of Bataan (FAB), Metro Bataan Development Authority (MBDA), Municipality of Mariveles
Disclaimer:
The comments posted on this site do not necessarily represent or reflect the views of management and owner of POLITICS.com.ph. We reserve the right to exclude comments that we deem to be inconsistent with our editorial standards.