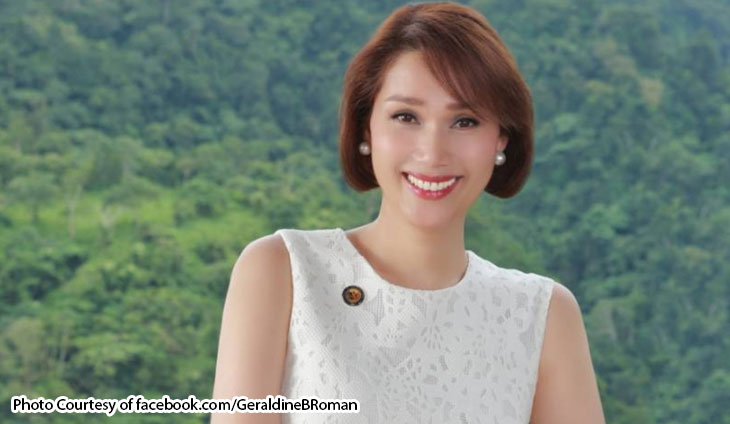 While not making conclusions on Christine Dacera’s case, Bataan first district representative Geraldine Roman is sure about one thing.

As a transgender, she knows very much that alcohol will not change a gay’s sexual preference. She went straight to Twitter to voice out her opinion about gay suspects who were told that alcohol may have changed their preference that led to the raping and slaying of Christine.

Congresswoman Roman retorted with a simple logic. If alcohol is the answer to gayness, the number of gays should have been lessened a long time ago and the number of alcoholics may have risen, she tweeted.

What do you think of the congresswoman’s argument?

Politiko would love to hear your views on this...
Spread the love
Tags: Bataan, Christine Dacera, Geraldine Roman
Disclaimer:
The comments posted on this site do not necessarily represent or reflect the views of management and owner of POLITICS.com.ph. We reserve the right to exclude comments that we deem to be inconsistent with our editorial standards.