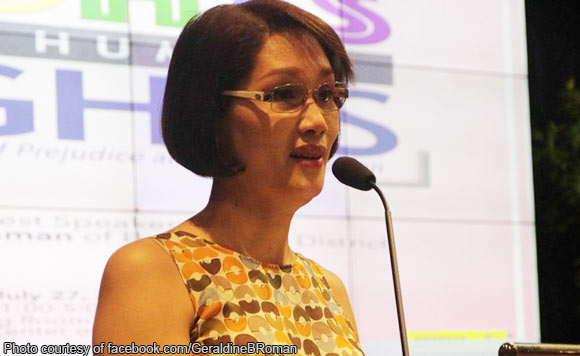 The first Agrarian Reform and Convergence Summit was held at the Orani Covered Gym last Friday, Sept. 28, with no less than Agrarian Reform Secretary John Castriciones in attendance.

“I have always believed that our farmers are the backbone of our great country. They have contributed so much to the economic development of the First District of Bataan,” Roman said on her Facebook page.

“After all their hard work and personal sacrifices, at the very least, our farmers’ voices deserve to be heard,” she added.

According to a post about the event on Garcia’s Facebook page, Castriciones said the national government is eyeing to provide necessary support services for farmers to sustain productivity.

Local government units will partner with the project by helping implement it for agrarian-reform beneficiaries.

To encourage the youth and the future generations to invest in farming, Castriciones committed to strengthen and empower the agriculture sector, added Garcia’s Facebook post.

Politiko would love to hear your views on this...
Tags: Agrarian Reform and Convergence Summit, Bataan 1st District, Mayor Efren Dominic Pascual Jr., Orani, Orani Covered Gym, Representative Geraldine Roman, Vice Mayor Godofredo Galicia Jr.
Disclaimer:
The comments posted on this site do not necessarily represent or reflect the views of management and owner of POLITICS.com.ph. We reserve the right to exclude comments that we deem to be inconsistent with our editorial standards.