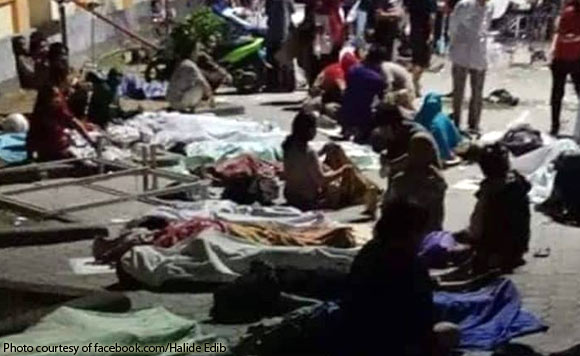 Bataan 1st District Representative Geraldine Roman expressed Monday her “deepest sympathies to the families of the victims” of the earthquake and tsunami in Indonesia.

“To our friends in Indonesia, stay strong. Millions of Filipinos are praying for you,” the politiko said on her Facebook page.

Roman notes that many remain missing even as more than 800 have already been reported to have lost their lives from Friday’s earthquake and tsunami that hit Indonesia’s Sulawesi Island.

“To my fellow Filipinos, as Chairperson of the House of Representatives’ Committee on Disaster Management, it is my duty to remind you that the Philippines is in the same earthquake belt as Indonesia,” Roman said.

The two countries, she said, “are located in the Ring of Fire where an overwhelming majority of the world’s strongest earthquakes occur.”

“It is a must that we, Filipinos, like our neighboring Indonesians, be always prepared for earthquake,” Roman said.

“Please stay vigilant and stay updated with the latest news.”(END)

Politiko would love to hear your views on this...
Spread the love
Tags: Bataan, Indonesia, Representative Geraldine Roman
Disclaimer:
The comments posted on this site do not necessarily represent or reflect the views of management and owner of POLITICS.com.ph. We reserve the right to exclude comments that we deem to be inconsistent with our editorial standards.