Bataan called out over irregularities in DOE infra contracts 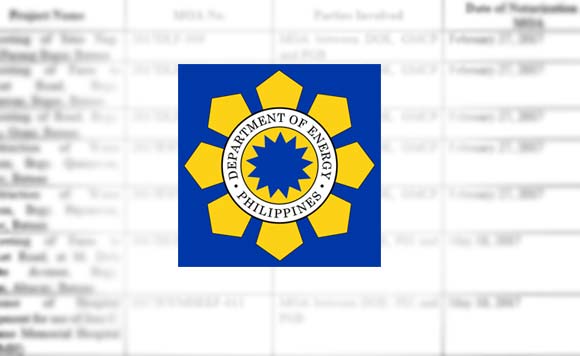 The Commission on Audit (COA) cited the provincial government of Bataan for irregularities in their Department of Energy-funded (DOE) infrastructure projects which cast doubt on their “validity and propriety.”

According to the 2018 annual audit report, the provincial government failed to properly comply with the provisions of the memorandum of agreement and the procurement law.

In 2016, Bataan submitted seven proposals to DOE worth P14.43 million for concreting projects in several Bataan barangays which were covered by memorandums.

However, according to state auditors, Bataan failed to abide by the contracts’ provisions:

In addition, COA caught several deficiencies in the provincial government’s procurement process in violation of Republic Act No. 9184.

Auditors found that the local government practiced the issuance of Notice of Award and Contract and Notice to Proceed before the Bids and Awards Committee even issued an approval, as well as the failure to secure the Contractor’s All Risk Insurance required under law.

COA called on the provincial government to require the concerned personnel to strictly comply with the agreed upon provisions, and ensure proper monitoring in future projects.

Bataan Provincial Accounting Office commented, in the report, that they will submit the required reports to DOE, and facilitate the creation of the task force previously agreed upon. #

Politiko would love to hear your views on this...
Post Views: 0
Spread the love
Tags: Bataan for irregularities, Commission on Audit, Department of Energy-funded
Disclaimer:
The comments posted on this site do not necessarily represent or reflect the views of management and owner of POLITICS.com.ph. We reserve the right to exclude comments that we deem to be inconsistent with our editorial standards.