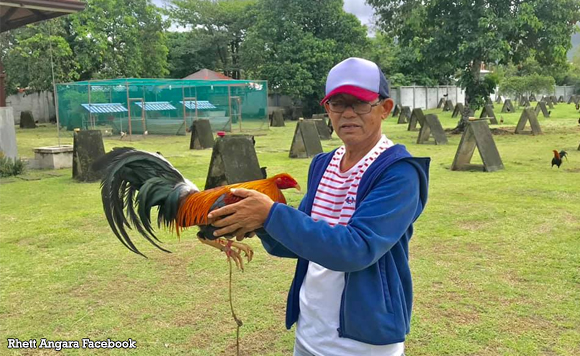 It doesn’t matter because it doesn’t change the fact that he won as Champion in the 7-cock big event in Santa Cruz under the entry name Gibo Gibo Gibo 2022. It was held last March 11 but only on March 27 did Mayor Angara found out about the victory. He thanked his ace handler Andrew Esguerra for making sure that their chickens are always sharp. 4 out of 7 chickens were used in the Winning Time game farm.

It was indeed a Happy Sunday for Mayor Angara.

Politiko would love to hear your views on this...
Spread the love
Tags: Baler Mayor Rhett Angara
Disclaimer:
The comments posted on this site do not necessarily represent or reflect the views of management and owner of POLITICS.com.ph. We reserve the right to exclude comments that we deem to be inconsistent with our editorial standards.