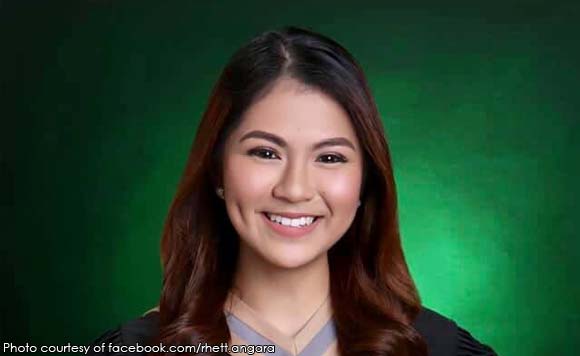 Daughter of Baler Mayor Rhett Angara is serving intense La Sallian pride. The young Lian Angara just graduated from the De La Salle University as an honorable mention awardee. Her father was immensely proud and shared her graduation photo on Facebook. The mayor’s caption brought some laughs as he attributed his daughter’s intelligence to his wife

Politiko would love to hear your views on this...
Spread the love
Tags: Baler, daughter, De La Salle University, graduation photo, La Sallian, Mayor Rhett Angara
Disclaimer:
The comments posted on this site do not necessarily represent or reflect the views of management and owner of POLITICS.com.ph. We reserve the right to exclude comments that we deem to be inconsistent with our editorial standards.